Conspiracy of the idiots – radioplay

the radio play will premiere march 12th on 0.05 pm at Deutschland Funk Kultur 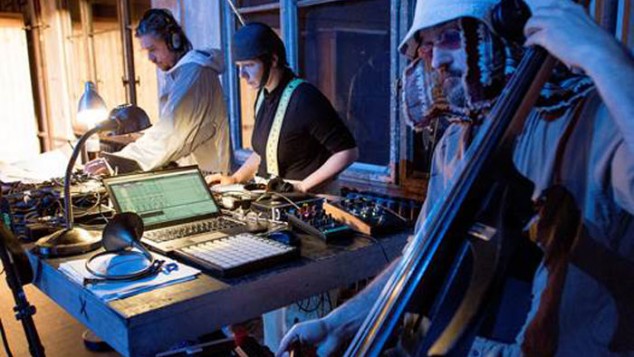 Conspiracy of the idiots

on nov 30th, dec 1st, dec 2nd, dec 3rd, the concpiracy of the idiots will happen. The location of the conspiracy is Festsaal of the Sophiensaele , Berlin.

Two years of idiot research culminate in the big conspiracy before Christmas: following the Salons Idiotie & Widerstand and the idiot field research, matthaei & konsorten are creating a series of fluid gatherings with handymen of enhanced idiosyncrasy. On four evenings, performers and the audience will exchange their particular knowledge, which can only be transferred in a live session. Together we will throw the pliant adaptation of the dance around the golden calf off course. Be there or be square! 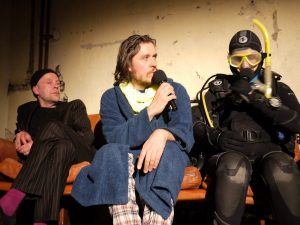 A live radio show that tests individual resistance in the heart of our rapidly growing controlling society: We are celebrating the proud peculiarity that refuses to conform. We reject the sexually charged nature of efficiency and are hammering out skewed models for the bar at the end of the assimilation. We will eavesdrop on the voices of foreign beauty – in the walk-in studio with various theorists, artists and practitioners of idiocy. Updates here – soon!

BY AND WITH  Klaus Janek, Milena Kipfmüller, Jörg Lukas Matthaei

The salon happend 4 times at the Sophiensaele and invited around 50 guests. In order to get an idea, please listen to the below edit.